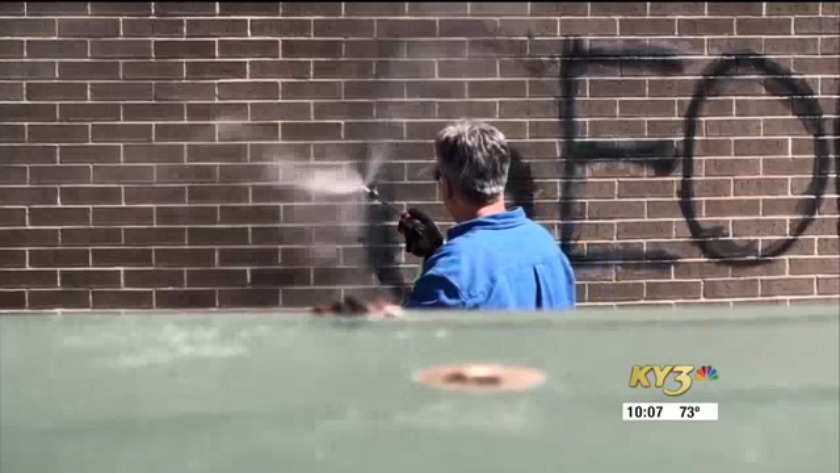 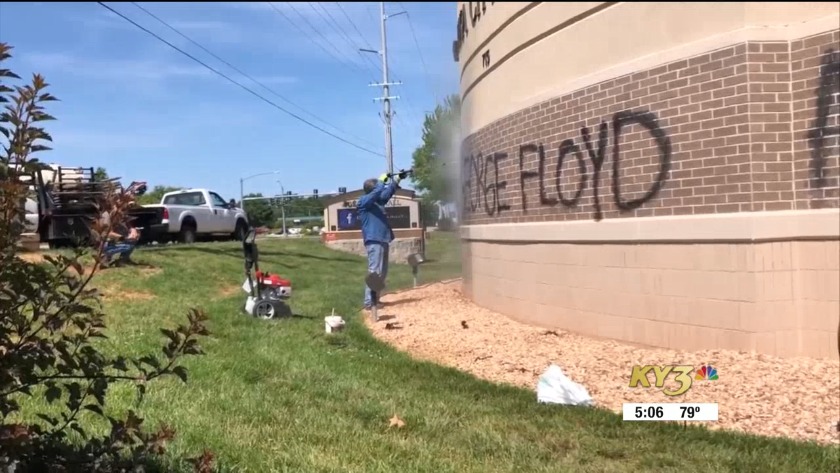 The graffiti, the name of the Minneapolis man who was suffocated to death by a police officer, George Floyd along with an acronym insulting law enforcement right next to it.

"Not in Nixa. I didn't think this was going to happen today," said Mason Hood.

Nixa resident, Mason Hood said after seeing the vandalism on a social media he had to do something.

"I saw someone put on Facebook, 'F Cops,'" said Hood. "I was planning on coming out here and covering it up with a blanket and duct tape I got at the gas station but it looks like they're already on it."

He's not the only one a few other people gathered peacefully to counter-protest outside of city hall with signs that say "Honk if all lives matter and honk if you support the police."

"One person's bad actions has affected everyone. Not only has it affected the police force but the communities around the world," said counter-protester, Richard Harrington.

Harrington said hundreds of drivers showed their support by honking their horns as they passed and others were not so supportive.

"Throwing bottles of water at us, eggs, you name it we've had it thrown at us," said Harrington.

Both hoping for the riots and looting across the country to stop.

"I know people want to deliver a message and there's a message but this isn't it because it's negative and negativity is not where we need to start," said Hood.

There were people giving counter-protesters and city crews water or snacks to show their support. Counter protesters also taped their signs where George Floyd's name was spray-painted and that acronym insulting the police. A few hours later another sign saying, "Black Lives Matter" was taped on the building.

Vandalism at Nixa City Hall. #GeorgeFloyd spray painted on side. City crews pressure washing it off. Talked to a young man who brought blanket and duct tape to cover it up. Another woman brought waters for crews. pic.twitter.com/Whb6iUAOK8