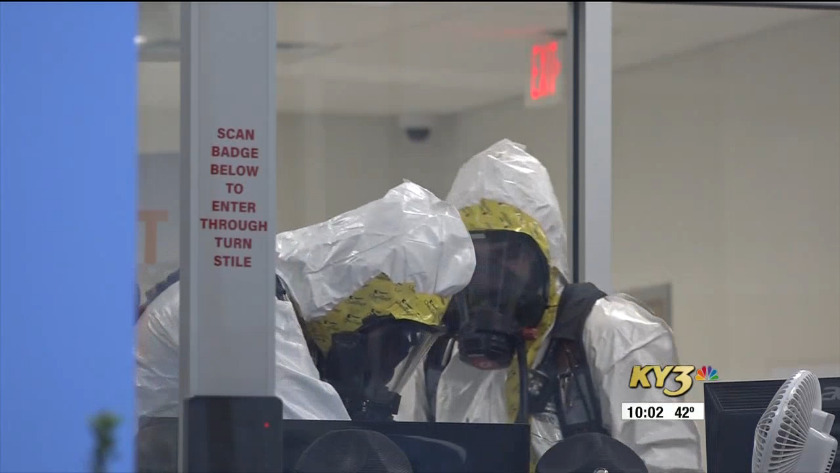 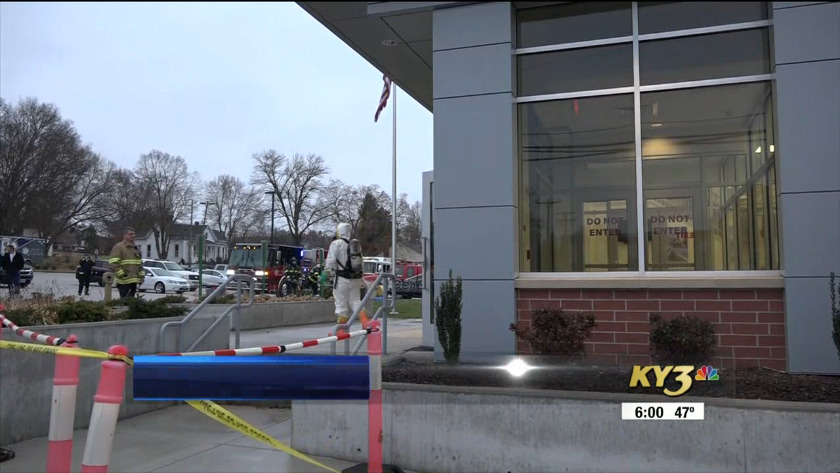 OZARK, Mo. -- The Christian County Sheriff's Office is investigating a suspicious substance inside the courts building that may have made deputies ill.

Sheriff Brad Cole says the first deputy fainted as a woman attempted to go through security. As three deputies investigated, they then became sick too. Emergency crews rushed all four to a local hospital. Sheriff Cole says all four are in stable condition.

Crews evacuated the courts building in downtown Ozark. A hazmat team from Springfield removed the substance. However, they could not immediately identify it. The sheriff says that will go out for more testing. Those with business inside the courts Friday need to call to see if the building has reopened.

Officers arrested the woman. She remains under quarantine. Sheriff Cole tells KY3 News she claimed it was methamphetamine. The sheriff says he does not believe that.