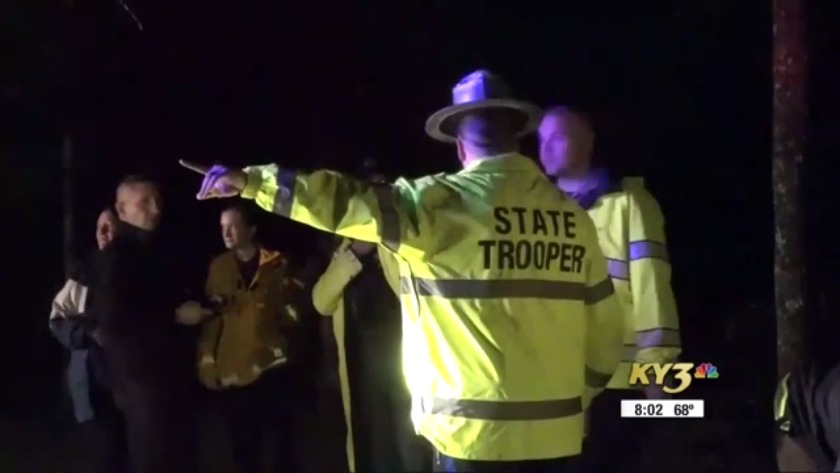 The sheriff's office identified him as Deputy Aaron Paul Roberts.

The fast-rising water in the Fair Grove area swept his car off the road into the Pomme de Terre River off of Highway AA. He had returned to service after a 911 call when the car was swept off the road. Searchers found his body a short time later, inside his patrol car, about 100 feet off the roadway.

Deputy Roberts was 36-years-old and worked for the Greene County Sheriff's Office for a little more than a year. He previously worked as a police officer in Willard.

“We’re one large family, and then as you know law enforcement is a even larger family, and so we’ve got a lot of support, not only from each other, but from agencies around the state that have already reached out, and across the nation, and we’re glad that we have that, because we’ll need that," he said.

The sheriff says Deputy Roberts was energetic and loved his job, and says he was the type of guy who looked forward to coming to work everyday.

Deputies will be doing some counseling and some critical incident debriefing.

The Greene County Sheriff's Office asks you to keep the Roberts' family in your thoughts and prayers during this difficult time.

He leaves behind a wife and child.

Winter storm brings snow, 1 death and injuries across US

Winter storm brings snow, 1 death and injuries across US