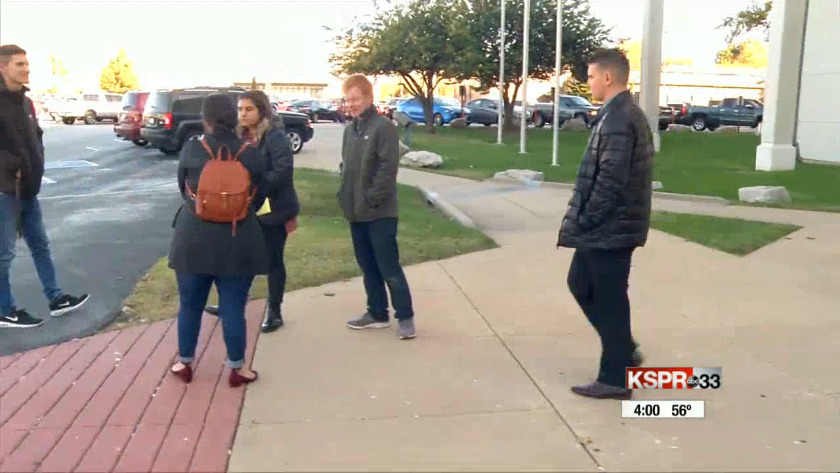 No prison time for man who terrified customers at Springfield Walmart 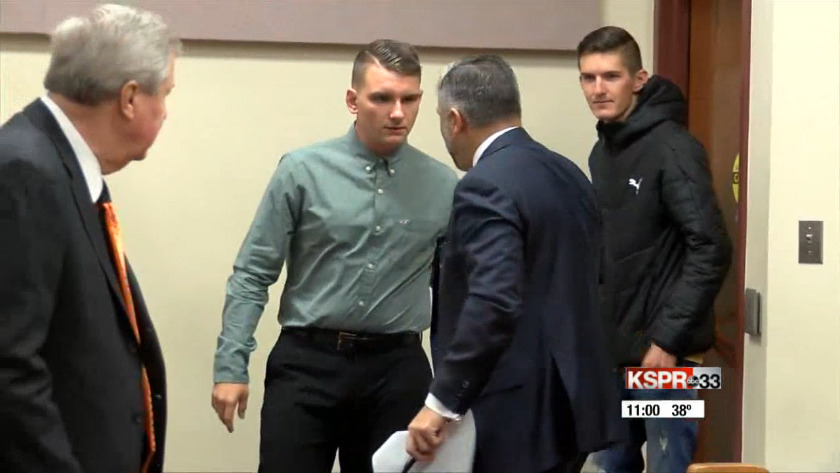 SPRINGFIELD, Mo. -- A Battlefield, Mo. man charged with making a terroristic threat at a south Springfield Walmart in August pleaded guilty to an amended charge.

Dmitriy Andreychenko, 20, pleaded guilty in a Greene County courtroom Friday to an amended charge of making a false report.

"There were suspicions and probable cause for a manner of different crimes," says Greene County Prosecutor Dan Patterson, "but ultimately when the investigation was concluded, I believe this, causing a false report to be made, is the appropriate charge."

"I am glad that the courts worked with me, that they had grace on me, everything worked out great," Andreychenko said after Friday's hearing. "I would just like to apologize to the community. I would never hurt anyone, and I'm sorry."

A judge sentenced him to a 180 day suspended jail sentence, two years of probation, with special conditions requiring him to serve 48 hours shock incarceration in the county jail (which he already did in August), receive firearms training, and participate in a victim-offender dialog, a restorative justice measure, and any community service established through the restorative justice proceeding.

Police arrested Andreychenko on August 8 after walking into a Springfield Walmart Neighborhood Market, openly carrying a tactical rifle and at least 100 rounds of ammunition. Another man held him at gunpoint until officers arrived.

"Praise God that he (the man who held Andreychenko at gunpoint) was trained and that he was able to see that I wasn't threatening anyone and didn't shoot me, so praise God for that," Andreychenko said in an interview with KY3 a few days later.

Andreychenko called it a social experiment, and he wanted to see if Walmart would honor his right to open carry. He told KY3 News he saw his decision was poor timing, given two mass shootings in recent days, but otherwise does not regret what he did.

"It was foolish, I didn't give it thought," said Andreychenko. "It was so innocent that I didn't think this would happen."

He claims he even talked to a Walmart manager before he showed up in the parking lot. The arrest led to a policy change for open carry at Walmart stores.

At Andreychenko's first court appearance, Judge Mark Powell scolded him and stressed he had better stay out of trouble. Judge Powell also made assurances there were no more guns in Andreychenko’s house.
Defense attorney Dee Wampler understands authorities confiscated two AR15’s, a 22 rifle and ammo. Judge Powell said he considered house arrest for Andreychenko, but ultimately decided against it.