Convicted child abuser back in court 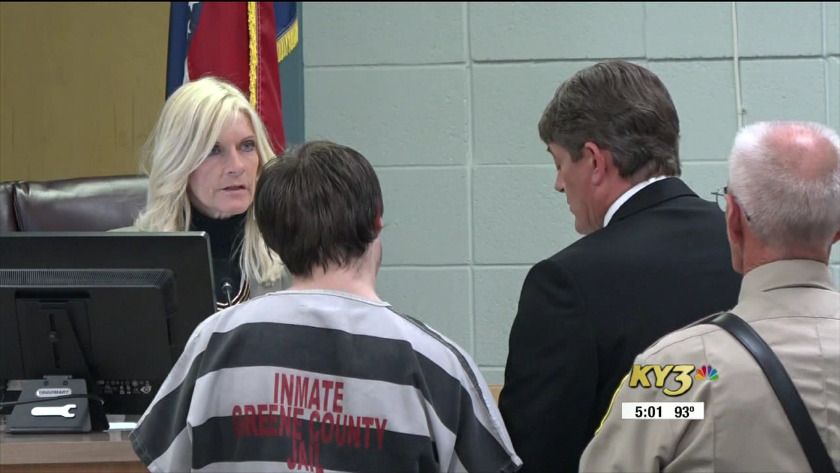 BUFFALO, Mo. -- Just convicted of severely beating his daughter, a Springfield man now faces trial for the death of a little girl in Dallas County.

That charge was amended a class A felony of abuse or neglect of a child resulting in the child's death, last month. This charge carries the same range of punishment as Murder 2nd degree, which is 10 years to 30 years, or life imprisonment in the Missouri Department of Corrections.

The state was hoping to get a trial date set Tuesday. Prosecutor Jonathan Barker is ready to take the case to try the case.

However the case has been pushed back until next month at Davis' request.

"It's ridiculous. At first he wanted a speedy trial and now, after he was convicted for the one in Springfield, he wants a continuance. I'm ready to get him for this one," said Kilgore's aunt, Toni Robertson.

According to court documents, the toddler was left alone with Davis during Mother's Day weekend last year. Investigators say he brutally beat the child. She died on her way to the hospital.

Her family has been at every court date. Not only for Kilgore's case, but for the abuse case involving Davis' own daughter.

"It was hard but you know what, he was guilty. I'm ready to get him for this one," said Robertson.

Tuesday, Davis' own family was in the courtroom too.

"Honestly I can't imagine what they are feeling. I'm sure they're devastated also. This is our fight for a two year old baby," she said.

"People that I don't even know have reached out, never even met has reached out. There is a lot of love and support from this community," she explained.

Robertson said they will continue to be at every court appearance until a decision on Davis' fate is handed down.

"We're going to get him for doing that to her so she can rest in peace. I'm just glad he's going down for everything he's done. Hopefully he's put away forever," she said.

We did speak to a member of Davis' family off camera who said this is just as hard for them as it is for the families of both little girls.

Davis entered a plea of not guilty. He'll be back in court at the end of October, just two days before, what would have been Kilgore's third birthday.

In December, Davis will be sentenced for the last week's felony abuse conviction in Greene County.

He will stay behind bars without bond.