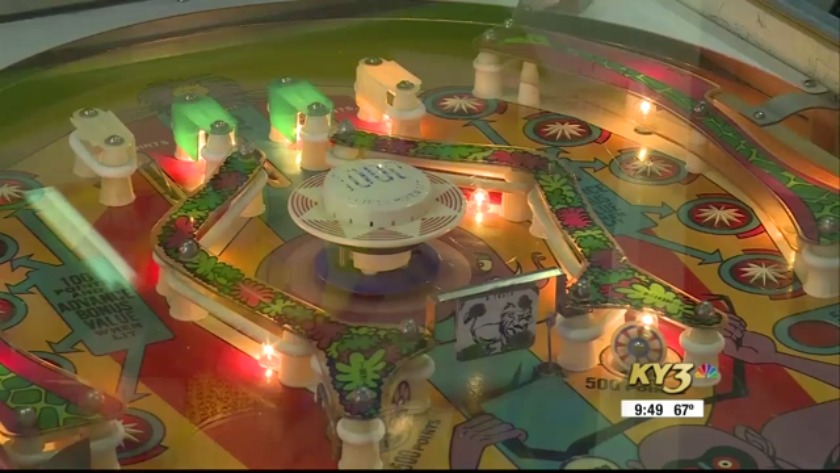 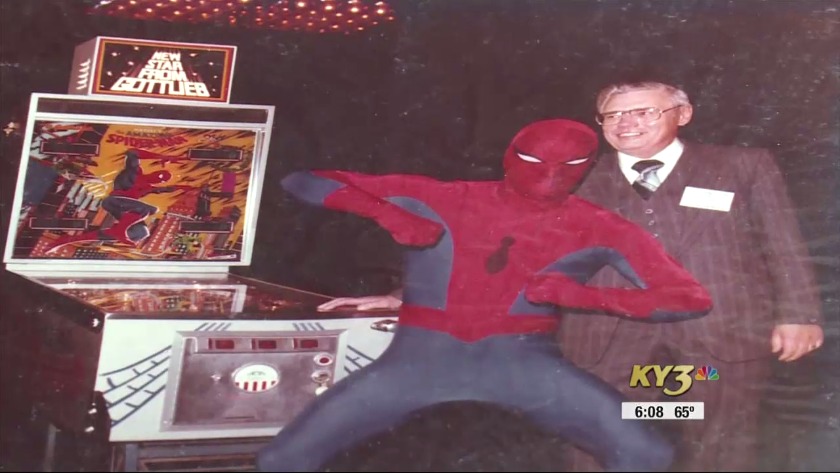 MOUNTAIN HOME, Ark. -- Chances are you've heard the song "Pinball Wizard" made famous by the Who and Elton John. Well, in Mtn. Home, Ark. there's a real pinball wizard known not for how well he plays the game, but for the fact that he invented them.

Imagine having a father who brought home pinball machines for the family to play with and you understand what it was like for the three kids of Wayne Neyens, who was the lead designer and creator for the Gottlieb Company, one of the main producers of pinball machines during its heyday .

Neyens, who was stationed at the North Pole during World War II, started at the company in the 1940's and worked there until he retired in 1980. And the only time his bringing pinball machines home for the kids backfired was the time he traded one of their favorite games to a neighbor for a set of encyclopedias.

But they're still there on his bookshelf today as our photo books of every pinball machine he's ever made. Around 150 of them.

"There's no job in the world that could be more fun than that," he said.

And it's helped keep him vibrant and healthy at age 100.

"I'm much younger than my age I'll tell 'ya that," Wayne said with a laugh.

Neyens' work as a pinball machine designer has brought him worldwide fame among arcade lovers. He's designed many of pinball's most popular games ("of course I had a lot of dogs too," he said) and was around when the first flippers were made. He has patents on different types of bumpers, and he invented the idea of having the balls trapped in holes on the play board rather than going straight to the bottom which his fellow engineers thought was a bad idea.

"They said nobody would play it if the balls don't drain out the bottom," he recalled. "I told them no, they'll love it because it does something."

And sure enough Wayne was ahead of his time because that idea became a part of almost all pinball machines very quickly.

"Those were the days when it took somebody who had it together to figure out the diagrams, the wirings, and the systems," explained Rick Williamson, the owner of Mtn. Home's 8-ball Amusement company. "These days electronics they've summarized with mechanics and stuff. But the day they made those is pretty wild."

So what type of person makes a great pinball designer?

"You've got to be a free-thinker," Wayne replies. "And not listen to anybody. Only one person should design a game. It doesn't work with a group."

And what makes a good pinball game?

"You make a game where they can just about beat you, but not quite," he said.

Wayne says the appeal of the game is that it brings out the kid in all of us as he witnessed during a stop in Philadelphia when he saw a group of men playing games.

"There were a bunch of guys standing in line playing and they were all dressed in suits," Wayne said. "And I was like, 'what's going on?' And the guy told me they were all lawyers on their lunch break and that they were playing to relieve their stress and to have fun and relax. And that's what pinball is all about."

And even though his aunt wasn't that impressed with his vocation.

"She told me to go out and get a real job," Wayne said with a laugh.