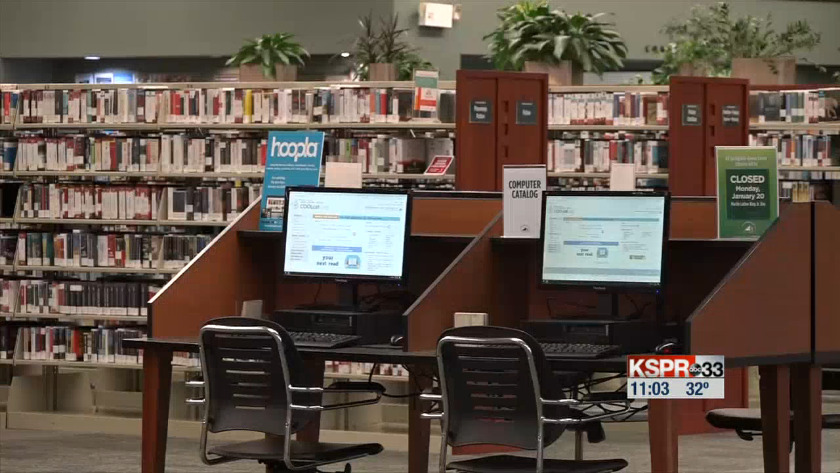 SPRINGFIELD, Mo. -- A bill proposed by a state representative from Newton County would take away state aid from Missouri public libraries if it allows minors access to age inappropriate sexual materials.

Representative Ben Baker of Newton County sponsors House Bill 2044.
The Parental Oversight of Public Libraries Act would create a five-member board deciding whether any sexual material considered for the library is age appropriate for youth who would have access. The board would hold public hearings, where the community could present concerns. Any library staff who would intentionally go against the the act could face misdemeanor charges.

Some parents we spoke with say they have found materials at the library they don't agree with, and would appreciate the extra eyes looking over materials and programs.

The Missouri Library Association released a statement that it "will always stand against censorship and for the freedom to read, and therefore opposes Missouri House Bill 2044."

Regina Greer-Cooper, the executive director of the Springfield-Greene County Library District does not want to share an opinion on the legislation. But she says the district's librarians have master's degrees and are very knowledgeable about selecting appropriate content for the library. The libraries have a youth services coordinator for the entire district. The city of Springfield and the Greene County Commission appoint the nine member library board.

"The neat thing about the public library is we serve all the citizens, and all the citizens have different viewpoints about what they think is appropriate," said Greer-Cooper. "And they have different values for their families. So we have something for everybody; we certainly try to. And we leave it up to the parents, really, to make the decisions about which of the materials they would like to use with their family and with their children."

Greer-Cooper says if anyone has an issue with material or programs in the library, they can talk to the librarians, to her, or if their problem still is not resolved, they can get an appointment to speak to the library board.

House Bill 2044 so far has not had a hearing in the house. Read the bill for yourself at the attached link.