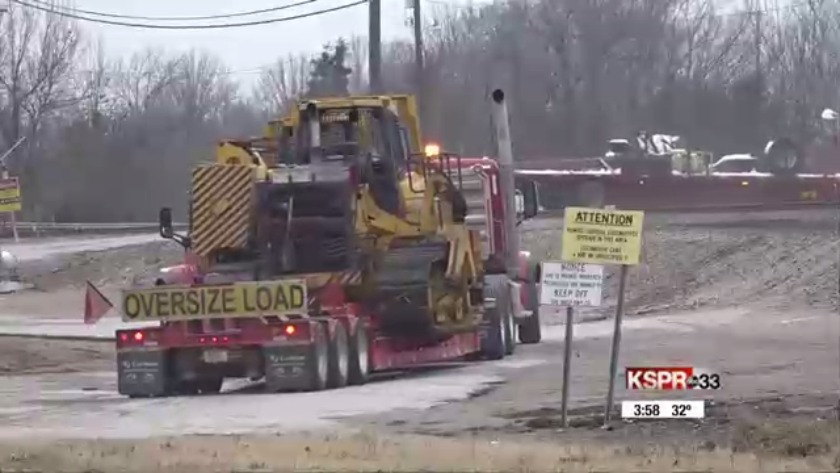 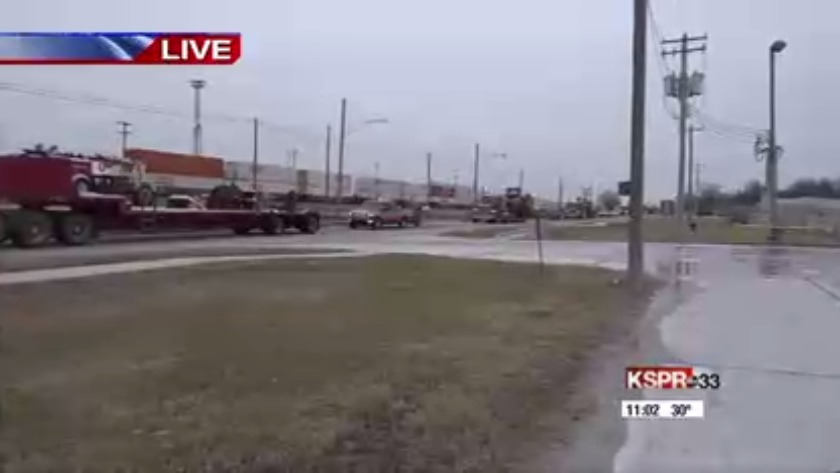 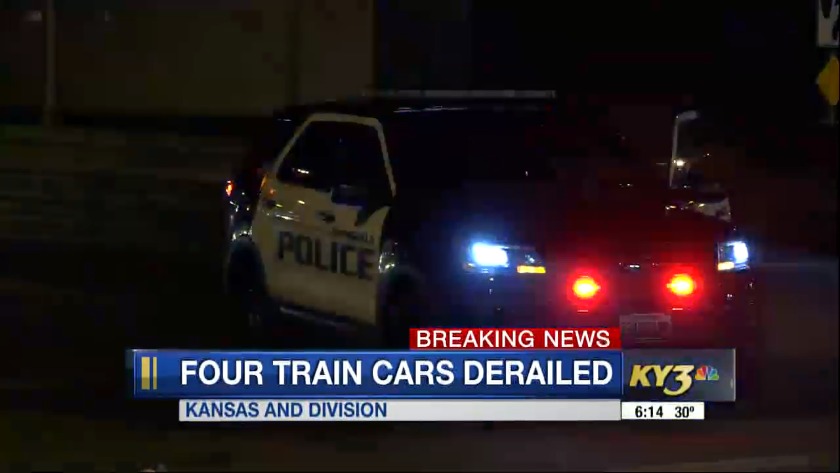 Lieutenant Curt Ringgold with the Springfield Police Department said Springfield firefighters wore hazmat suits upon approaching the scene to ensure no hazardous materials were leaking from the train cars. Ringgold said three of the cars were carrying Anhydrous Ammonia, while the fourth was carrying Ethylene Oxide or "something like that." Ringgold said both would have been an inhalation hazards to the surrounding area.

Fire crews found none of the train cars were leaking and all traffic restrictions were lifted soon after. Springfield firefighters and BNSF officials are working together during the clean-up process.

Had there been a leak in any one of the four train cars, Lt. Ringgold said evacuations would have started immediately. "We were looking at anywhere between three tenths and a half a mile of removing people in that area, which is a pretty wide area with all the housing around here," said Lt. Ringgold. "We had a lot of work to do."

The derailment is impacting other businesses in the rail yard too.

"I was coming up Division and there was a cop blocking the road, so I went around him, went a different direction," said Tommy Barnett of Springfield Ready Mix. "As I was going around him, there were cops blocking off all the roads, and I got over here by Wabash and I asked him, I need to get to work. I work right there. And he said, well there's a hazardous spill of some sort at the train, so he wouldn't let me get around. So I couldn't even make it to work until later on. "

Many agencies are involved in the cleanup. BNSF says contractors from Kansas City are bringing heavy equipment to lift the cars back on the tracks. The crews hope to finish the work by 7 p.m. Monday.