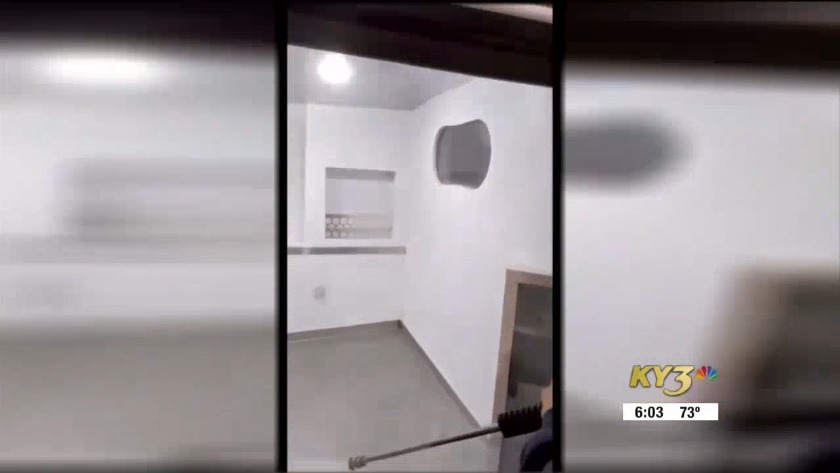 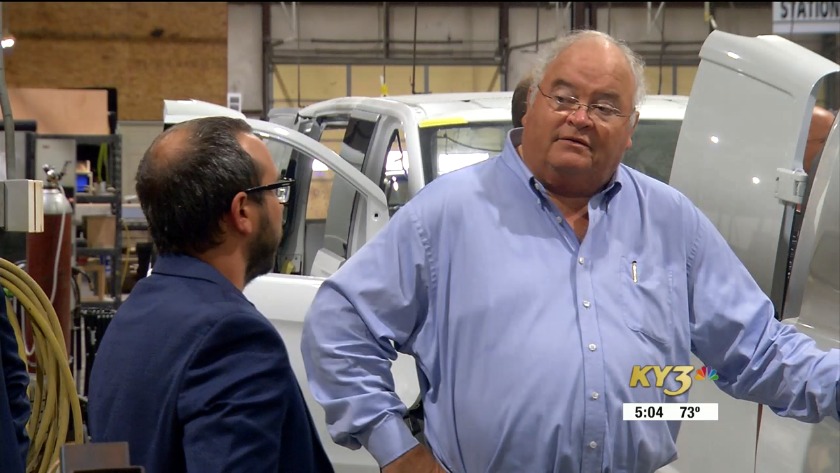 SPRINGFIELD, Mo. -- The transportation and travel industry continues to suffer during the pandemic, which has affected a local limousine company.

The Springfield Coach Group is now manufacturing what they're calling a medical grade first-call vehicle.

It’s a van made for transporting bodies. As tens of thousands of people across the nation have died from COVID-19, co-owner Gary Spaniak said safety was their top priority.

"A lot of people don't like to talk about the deceased at all, but it's really a big part of our lives. There are hardworking people, like our employee Dustin, who risk themselves to exposure and need something to be safe," Spaniak said.

These vans are different than ones commonly used in the industry.
The back is lined with stainless steel rather than carpet, which allows it to be cleaned and disinfected much faster.

The vans are also equipped with ventilators that have U-V lights to further kill any germs that could potentially get medical examiners sick.

“Once the process is made where they have moved the deceased, they can wash it out within minutes, disinfect it and limit the exposure, not just to themselves but also their family," Spaniak said.

The company has sold several of the vans across the country. The Greene County Medical Examiner’s Office rotates between different funeral homes to transport bodies because they don't have their own vehicles.

The chief forensic investigator Tom Vandeberg says vehicles like these are designed to contain everything in the back and that protects everyone involved.

“You don’t want what was on the last body to be present so yeah it’s very important to be able to sanitize that vehicle in between cases and not expose the next family or even the next body to that," Vandeberg said.

Vandeberg said he’s thankful a company is focusing on making these vehicles and hopes they become the new standard. He says he would like the medical examiners office to get its own transport vehicle rather than relying on the funeral homes because it would make the process faster and safer.

Funeral home transport vehicles aren't equipped with emergency lighting and that can make it dangerous for workers at the scenes, especially those on the road.

“Medical examiners offices a lot of the time you respond in your personal vehicle and there have been cases where as the investigator is getting to the scene they’ve been struck," Vandeberg said.

Congressman Billy Long toured the facility today to see the new vans.
He says it was a smart idea that the company focused on hearses and transport vehicles in order to stay in business during these tough times.