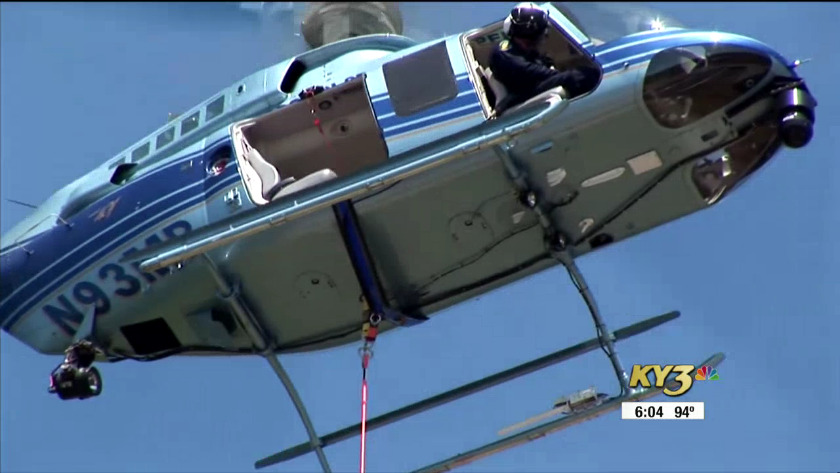 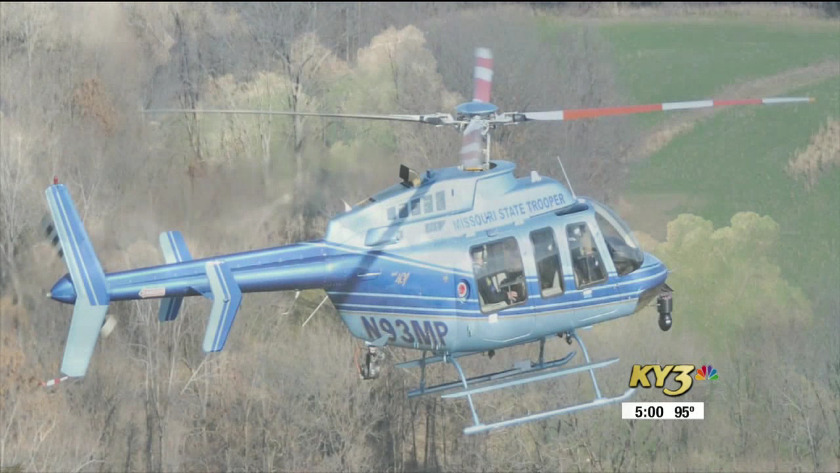 SPRINGFIELD, Mo- The Greene County Sheriff's Office says a man is now charged in a high speed chase on Saturday.

Blake Neill, 30, is charged with tampering with a motor vehicle, resisting arrest, assault and property damage. Deputies say Neill sped off after he was reportedly seen driving recklessly.

The sheriff's office says at one point Strafford Police fired shots at Neill's car, hitting it. Neill sped back toward Springfield. Tools used to deflate tires in a chase were deployed, and succeeded in slowing the driver. The driver then continued at speeds around 15 miles per hour before crashing into a pole on Packer road.

The sheriff's office says Neill then stole a Coca Cola semi-truck, and rammed it into two other nearby Coca Cola vehicles before officers from the Missouri Highway Patrol, sheriff's office and Springfield Police Department took him into custody.

A second person taken into custody was released.

One of the keys to law enforcement's successful effort was the presence of a Missouri State Highway Patrol helicopter with the latest technology available.

The helicopter was working with the Greene Co. Sheriff's Office on a different project at the time but was able to pick up the suspect's truck as he headed toward Strafford.

"We really only pursued for 60 seconds out of that whole 30-minute ordeal because we backed off and let the helicopter tell us where the suspect was and what he was doing," explained Greene Co. Sheriff Jim Arnott.

The helicopter, based out of Jefferson City, is equipped with the FLIR system(which stands for Forward Looking InfraRed) as well as an aerial mapping overlay system.

"It actually puts the roadway name, directions, speed, it will even get so far as if the guy pulls into a Casey's, on the camera screen it will say 'Casey's'," said Sam Carpenter of the Missouri State Highway Patrol.

"Also from 10-15 miles away with the camera system they have they can zoom-in and also read a license place," Arnott added. "It's phenomenal."

The helicopter is also used for rescues, searches for missing people, surveillance, marijuana eradication and assessing the damages from natural and man-made disasters.

But it's main purpose in pursuits is to provide law enforcement with the ability to keep up with the violator without having to go at high speeds and put themselves and the public in danger.

"The real benefit of the aircraft in those situations is being able to discontinue the ground pursuit as quickly as possible," Carpenter said. "It keeps our officers safe, it keeps the general public safer and it's worth every penny."

While the patrol has other aircraft, this helicopter and one other plane are the only ones equipped with the latest technology and they are kept busy all across the state.

"Aircraft of that caliber are incredibly expensive which is why we don't have more of them," Carpenter said. "And pilots who have the training to fly them because to fly a patrol helicopter you have to be a trooper as well as a pilot."

The patrol also has drones but right now they are only used for mapping crash scenes.

"Certainly the possibilities are endless with those but that's technology driven," Carpenter said.