THINK YOU KNOW WHY CHRISTMAS IS ONE OF THE MOST CELEBRATED HOLIDAYS IN THE WORLD? NEW DOCUDRAMA TAKES VIEWERS ON A THOUGHT-PROVOKING JOURNEY TO ANSWER AGE-OLD QUESTIONS SURROUNDING THE HOLIDAY THAT MORE THAN ONE THIRD OF THE WORLD OBSERVES.

SAN DIEGO, Nov. 23, 2022 /PRNewswire/ -- Turning Point Studios, a division of Turning Point for God by Dr. David Jeremiah, premiered its first feature length docudrama film to a full house this past Friday at the Regal LA Live Cinema in Los Angeles, California. Why the Nativity? will premiere to the rest of the world on Thanksgiving Day.

After thirty years of producing regular television programing and reaching new audiences every year with its high caliber Christmas specials on Broadway, Turning Point moves to streaming platforms to present Why the Nativity?, a docudrama that looks at the most pivotal moment in human history. The biblical story of the Nativity is well-recorded; however, over the centuries, tradition has often influenced the retelling of the story of Jesus' birth—perhaps more than we realize. The Bible presents a clear narrative of the story, but beyond just a few chapters of text much of the detail is left untold. These mysteries, lost to the passage of time, facilitated the creative liberty to bring the Nativity story to life as never before.

Why the Nativity? explores questions, facts, and history seldom seen in traditional Nativity stories—from the influence of Roman rule, to the identities of the Wise Men, to the back story of Mary and Joseph as children. This is the story of a couple accepting a monumental change, of a journey fraught with danger, of oppressive rule, of the lowliest of society together with kings and wisemen from around the ancient world journeying to see a God not their own but worshipping Him still. It is a story for the entire world, a timeless tale of the greatest gift of love and peace in an unstable world. A literal turning point in human history and the power of its influence today.

Why the Nativity? was filmed entirely in Southern California and employed a cast and crew of 920 individuals. Turning Point employed Hollywood, Broadway, and Disney professionals to bring this story to life in the aftermath of COVID. The main set was built from the ground up on private property in the eastern part of San Diego County. It is the largest film production to build and film in San Diego County since Titanic.

About Turning Point
Turning Point Ministries was founded in 1982 as the broadcast ministry of Dr. David Jeremiah to deliver the unchanging Word of God to an ever-changing world. More than three decades later, with a multimedia network featuring radio, television, online programming, magazine, and books, Turning Point reaches people around the globe with the saving knowledge of Jesus Christ. Turning Point is a 501(c)(3) nonprofit organization wholly supported by its patrons and not underwritten by any church or organization. 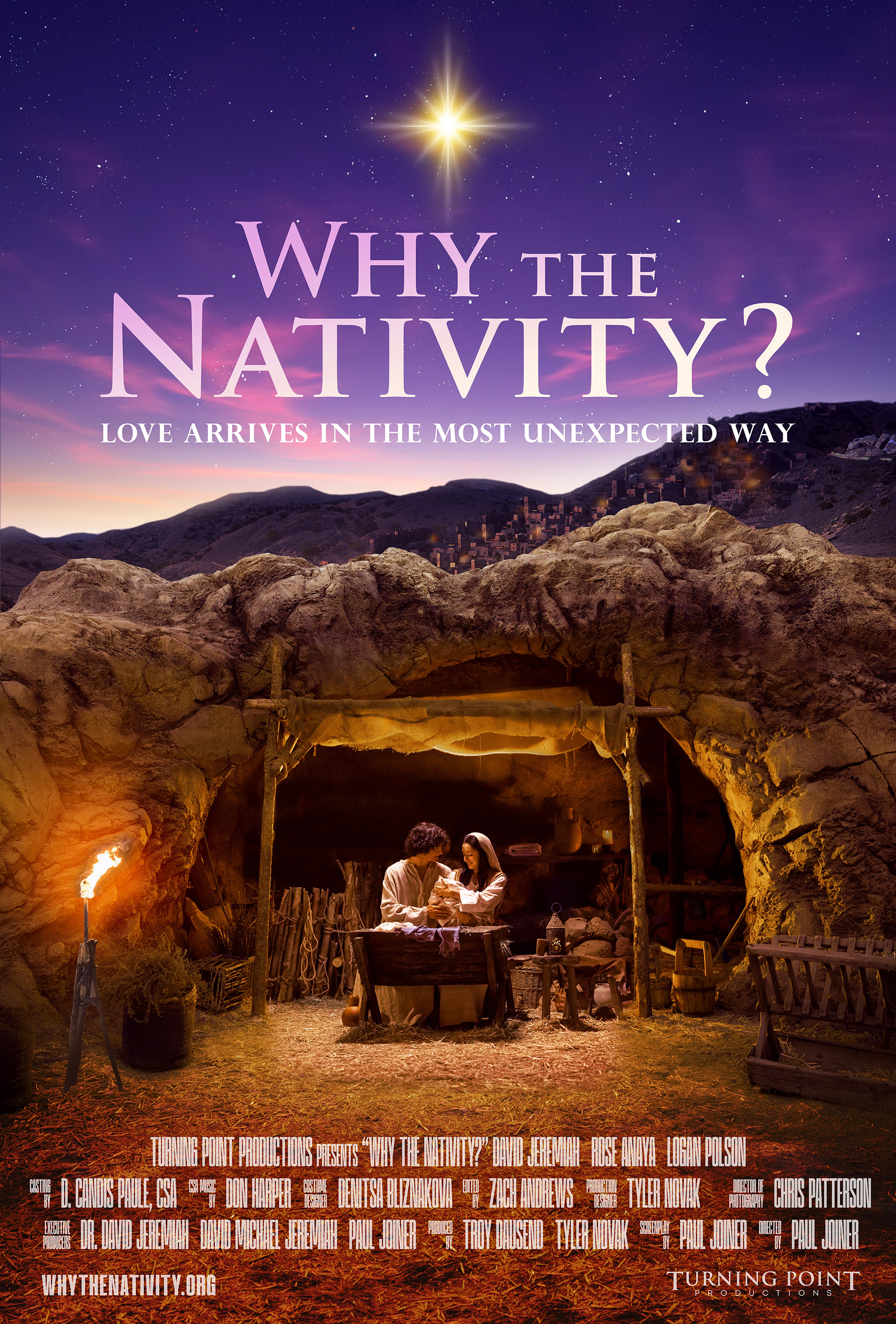